“You, there!  Sir!  A moment, if you please.  I have here an envelope.  Inside is a card upon which I wrote this morning.

I am going to demonstrate either I am psychic or you or psychic.  Either I’ve psychically predicted what you will think in the very near future or you will psychically deduce what I’ve written in the not so distant past!  Are you ready?

Now, is THIS what you are thinking?”  He rips open the envelope and displays the card.  On the card is written Tomato.

“Look closely!  Are you sure?”

“Well, then.  What are you thinking?”

“Oh!  Perhaps like THIS?”  He flips the card.  The back side is blank.  “Oh look!  A rabbit!”  He drops the card.  He runs with slapping footsteps.  He jumps into a car with a slam of the door.  He starts the car and pulls out with a chirp of the tires.  He drives away.

“So, I had my phone out and I was about to tuck it when this panhandler sees me.

Damn, I thought.  He saw my phone.

I furrowed my brow and looked at my stats and I told him I could maybe spare three minutes but that’s all.

I slid the arrow and bumped him three minutes and he nodded and clutched his tired, old, glass phone in two hands and dialed with both thumbs, and who do you think he called?  Guess who he called.  It sure wasn’t his sister.

He called a fuckin’ net psychic!

I yelled and grabbed his phone.  Madame Griselda danced naked in a turban, staring into the ether and padding for minutes.

The nerve of some guys!  I asked him if his psychic saw this coming and I chucked his phone into the street.

‘You dick!’ he yelled and he ran after it, right into the path of a hover bus.  But, you know, the hover buses have pretty good AI and it stopped easy in time and called the authorities.

The polizei came and put a fine on the panhandler but they arrested me.  I got charged and sentenced to thirty for ‘Unrepentant Littering.’

His cellmate let out a low, long whistle.

“I pulled the tag off a seat cushion.”

am locked in jail

saw Bigfoot at the mall

have a secret twin?

No fooling. Now will you believe me?

except the bit about the cuff links. 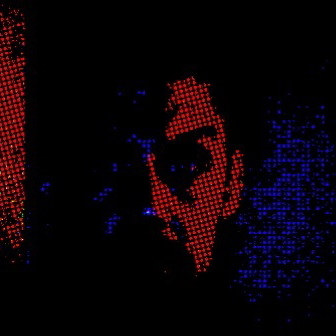 I know what you’re thinking.  I can read your mind.

You’re thinking, “Heh. Psychic blogger. Where is he going with this?”  I sense you’re also a little distracted by the phrase ‘brain page’.  But I digress.

But there’s more!  Let me see.  Let me see . . .  Now, my amazing powers tell me you’re thinking, “Still going with this?  Dude, put down the potent potables.”

Good advice, to be sure.

And, hence, if you’re an American TV watcher of a certain age, you’re also thinking about the game show Jeopardy.

And now the theme song to Jeopardy is playing in your head.

Give it a moment.

It is too much.  I scare even myself.  I must stop.

I am the Amazing Psychic Blogger.  I will only use my powers for good.

Then there was good old Fred, Fred Jergens – Olfactory Psychic.

He worked in my office and he could literally smell the future.  We’d be sitting around, brainstorming and running the numbers, and he’d look up and say something like, “Tandoori chicken” and he’d sniff the air.  We’d all sniff too, but there wouldn’t be any tandoori chicken smell – not right away.  Fred was usually at least three minutes in the future.  When he’d say “tandoori chicken,” my stomach would growl because I knew at that moment some delivery boy was in the lobby, reading the directory, holding a bag of tandoori chicken.

Now, some guys figured Fred just had a really good sense of smell and could smell the food coming even when it was far away, but I knew different.

I once heard Fred say “Phewee!” a full two minutes before Scott Becker ripped the loudest, nastiest fart known to man.  Whenever Fred said “pheweee!” I’d duck and cover, because I knew something foul was on the way – sometimes it was even from me.  I also once heard him say, “Ooh la LA” to Wilson, 20 minutes before Wilson snuck off to the supply closet with Amanda Crowe and came back smelling like Chanel #5 and hot love.  The worst was when Fred would sniff and not say anything.  I’d get all tense, wondering what smell was wafting my way.

Anyhow, I don’t think old Fred even knew he was doing it.  It was sort of automatic, which is good, I guess, because that day when he sniffed and said, “OH!  The Stink of Death,” he didn’t seem the least worried.  All the rest of us were sweating in our neckties, no doubt throwing off the stink of fear, right up until Fred dropped dead.

Poor old Fred.  He smelled it coming, but he never saw it.